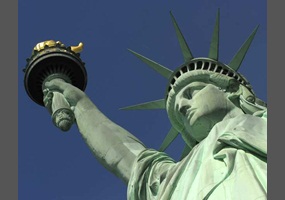 Is America the best country in the world?

Asked by: hoverqjl
United States, Baghdad, Iraq, History, Recreation
Read more: http://www.debate.org
Is America the best country in the world?
51% Say Yes
49% Say No
Load More Arguments
Leave a comment...
(Maximum 900 words)
zackoftrades333 says2016-09-10T06:54:57.357
Report Post
The reasoning for the yes votes would give me cancer if that were possible.
zackoftrades333 says2016-09-10T19:52:15.737
Report Post
The supporting arguments for the yes side are so weak and lacking in intellect, I feel like somebody gave me a lobotomy. Patriotism without reason is stupid, our education system is terrible, plenty of other places let you own guns, and there are places that definitely be argued as more "free" (even though that, along with the notion that there is a "best country in the world" is pretty subjective. That is why you don't see anybody else arguing they are the best country, because there isn't a such thing really).
zackoftrades333 says2016-09-10T19:53:07.890
Report Post
Can be arugued*
Privacy Policy | Terms of Use
Sitemap | View Desktop Version
©2022 Debate.org. All rights reserved.