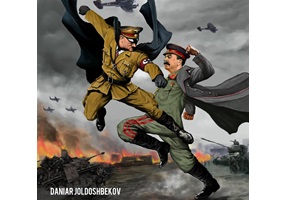 Is American politics built off fascist republicans and communist democrats?