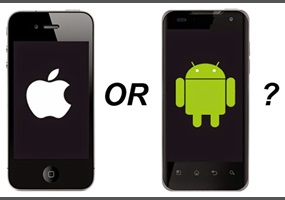 Is Apple's iPhone better than the Android phones?