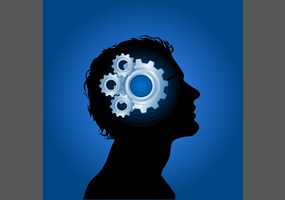 Is atheism the inevitable result of critical thinking?

Asked by: missmedic
atheism
Is atheism the inevitable result of critical thinking?
38% Say Yes
62% Say No
Load More Arguments
Leave a comment...
(Maximum 900 words)
Sagey says2014-02-04T06:03:47.257
Report Post
Problem here is God had been reduced to a figment of human imagination.
Once God was the explanation for everything observation could not answer. Science has answered everything physical explained by God, once we discover how the brain preserves the concept of God, we can remove it.
Naive people may still believe, but naivety will be a requirement for belief.
The visions within Biblical Theology, i.e. Wrestling angels and other meta-magical thinking in this day and age is a cause for concern and a suspect for diagnosis of schizotypal personality disorder.
Http://www.Youtube.Com/watch?V=4WwAQqWUkpI

Eventually knowledge of the Brain and how it forms Religious concepts will be common knowledge.
Then to remain Theistic, will require Ignorance and Naivety.
Sagey says2014-02-05T08:09:52.757
Report Post
Science, Philosophy and Rationality verses Religion: BBC documentary is enlightening: http://www.brainpickings.org/index.php/2010/09/27/horizon-the-end-of-god/
Sagey says2014-02-05T08:11:15.747
Report Post
Oh: also Science vs. Religion: 50 Famous Scientists on God, Part 2: http://www.brainpickings.org/index.php/2011/08/17/50-famous-scientists-on-god-2/
Sagey says2014-05-10T05:25:38.043
Report Post
For those who don't quite get the concept of Critical Thinking.
I think the 10 lecture course on "How To Think About Dubious Claims" , conducted by the well known magician, parapsychologist and now skeptic, Ray Hyman is a very good introduction to critical thinking.
Http://www.Youtube.Com/playlist?List=PL8MfjLNsf_mg9p_Dl2jLbMPxiCVwhQ0-L