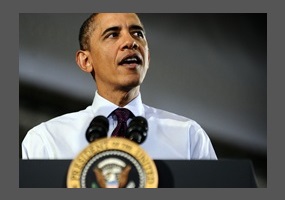 Is Barack Obama doing a good job as president?

Benjamin Netanyahu, History, Barack Obama, United States, Israel, Obama, President
Is Barack Obama doing a good job as president?
36% Say Yes
64% Say No
Load More Arguments
Leave a comment...
(Maximum 900 words)
helmut says2013-04-14T18:03:41.347
Report Post
The worst President ever.
Anonymous says2013-04-28T04:38:48.487
Report Post
Obama is going to destroy our country he is the worst president do u know he is putting computer chips in every American citizen every single new born child in 2013
Anonymous says2013-05-14T04:42:56.207
Report Post
All you parasites saying he is doing great and iherited this, and passeed health care for all apparentnley ae not currentley employed!! Because if you were you would have seen at least $60 per paycheck to cover your ass. Somebody needs to crack you upside the head and wake you up to the fact that he has done NOTHING to improve your lifestyle...You are still getting the same SNAP card and help from the government you were under the "evil Bush administration" but your to ignorate to realize that Obama has locked you into that reliance!! Your either stupid or lazy...Same as the current administration! It's amazing what you can accomplish once you getoff of the government tit!! Put your big boy pants on and quit blaming the world for your finacial problems!!! Get a job and show up everday and be a reliable productuctive asset to your employer!
Anonymous says2013-06-18T15:14:55.380
Report Post
The ABSOLUTE worst President ever. He is Selfish and consumed only with being in the limelight and a new teleprompter which he needs desperately. Bring Gibbs back-- He is the ultimate and only true form of True Entertainment in this Administration.
Anonymous says2013-07-10T18:00:15.513
Report Post
Let's See... He's Lied, He Has No Credibility. Has No Clue What The American People Want Or About. No Forigan Policy. Has Lied On So Many Times. Spent More Money Than All The Previous Presidents Combined. He Has Driven This Country In The Ground. The Only Thing That's A Bigger Joke Than Him Is Obamacare. Not To Mention The Irs,Bengozi,Fast And Furious And Eric Holder . Other Than That I Love The Guy.
TheViking says2014-01-20T14:53:01.243
Report Post
LOL.Must be a real crazy president who talks about democracy and in the same time delet the unemployment benefits for all Americans.Crazy president is another word ... Making war in the whole world for money who could have built the country is really BAD.

Best regards from Sweden.
hoffg210 says2016-01-27T16:15:28.773
Report Post
What we as a country need to understand is that even though he might be trying to take away our weapons and he might want to tax the rich, he is still trying to get what is best for us. He does want us to be successful and he does not talk trash about us in other countries. He was born in the U.S. (Hawaii) for all of you that say he was not born here. He is a great president no matter what rude things you republicans say about him. I'm very young but I do know a good president when I see one. Barack Obama is awesome so matter what you balloon heads say.
Privacy Policy | Terms of Use
Sitemap | View Desktop Version
©2022 Debate.org. All rights reserved.