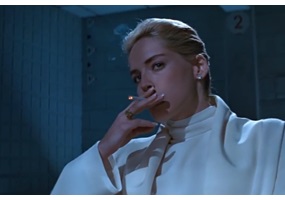 Is "Basic Instinct" a despicable movie?