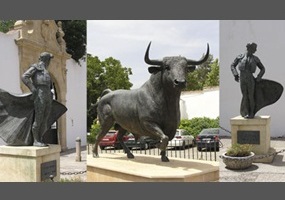 Is bullfighting an acceptable sport in the modern day?

Catalonia, Spain, Sports
Is bullfighting an acceptable sport in the modern day?
24% Say Yes
76% Say No
Load More Arguments
Leave a comment...
(Maximum 900 words)
ksm.nis17 says2015-03-06T03:14:47.033
Report Post
No, bullfighting is not an acceptable sport in the modern day. Because it's not right, we live in a world where every living thing has its own law. Even if it is a culture, a tradition, we can not kill animals. After all, it was slavery, discrimination, cannibalism, but no one follows these "traditions", because it's wrong. I think that look like bulls die because it is only entertainment is terrible. We need to preserve nature, animals and our planet
AbcdefghigK says2015-03-06T10:50:45.687
Report Post
I think that holding this game should be banned. Because during the game crippling and die bulls and horses. The same people can also be affected. For example, in 2012 the bull jumped into the audience and this affected 30 people and ten year old boy required surgery.
Bullfighting is a very dangerous, inhumane, cruel game. I read the story of a man who traveled to Spain and was a spectator of the game. He said that people called him like a bull and a friend suggested to go to a bullfight. Converge on bullfighting he was unhappy, because these games are contrary to his beliefs. The fight was too cruel and bloody. Most of all he was surprised that even though his friend against bullfighting but went there many times.
Finally, I want to say that some people are against it, though they still continue to go there. People stop being hypocritical!
Privacy Policy | Terms of Use
Sitemap | View Desktop Version
©2021 Debate.org. All rights reserved.