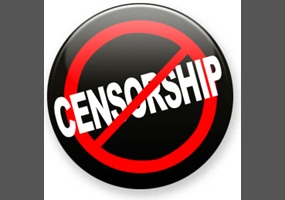 Is censorship good (yes) or bad (no)?