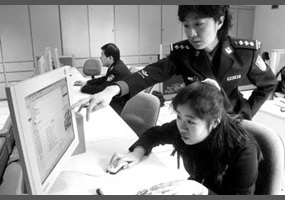 Is censorship in China a serious problem?