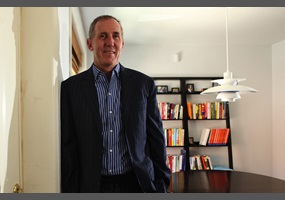 Is Clinton crossing the line in asking former Trump writer for dirt?