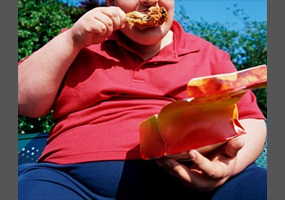 Is "decadence" the cause of Western dieting habits?