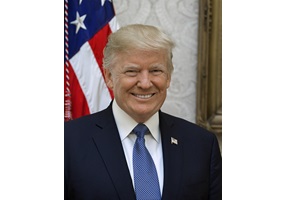 Is donald trump stupid
54% Say Yes
46% Say No
Load More Arguments
Leave a comment...
(Maximum 900 words)
ladiesman says2019-02-16T22:12:32.500
Report Post
Eugene Robinson of the Washington Post Writer’s Group has come out with an article titled, “Our national emergency is Trump himself”. In it, He says Trump is violating his oath to “preserve, Protect and defend the Constitution”. It should be obvious to everybody that he’s been violating that oath since day one. The President does not have the right to fund projects that Congress will not approve. During the shutdown, Pelosi stated clearly she will not fund Trump’s wall. And after Mr. Crackpot declared a national emergency, The Democrats vowed to legally challenge it. A national emergency can only be declared in cases such as an armed rebellion or invasion, And we are not in any situation that necessitates what he is doing. He is invoking emergency powers just to circumvent Congress because they do not want to fund his stupid wall. That’s what authoritarians do.
ladiesman says2019-02-17T19:39:12.917
Report Post
He is wielding the presidential power like a baboon brandishing a stick.
Privacy Policy | Terms of Use
Sitemap | View Desktop Version
©2020 Debate.org. All rights reserved.