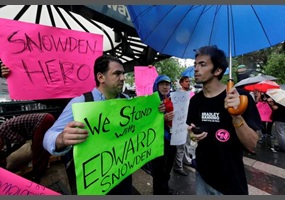 Is Edward Snowden an American hero?