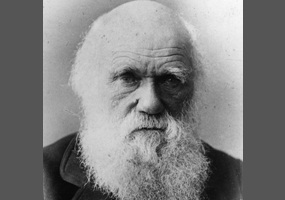 Is Evolutionism a Religion?

Asked by: MeesterBob
Is Evolutionism a Religion?
29% Say Yes
71% Say No
Leave a comment...
(Maximum 900 words)
Buckethead31594 says2014-02-25T01:53:45.530
Report Post
I once claimed it was when I was a religious bigot; merely out of insecurity too. Logically, it is no more a religion than creationism is.
Sagey says2014-02-26T01:16:59.847
Report Post
Facts Of Evolution: Ancient civilizations knew how to breed dogs to gain different characteristics and had done it successfully for many thousands of years, as all dog breeds originated from wolves and these likely originated from the same origin as the wolverine, as dogs have vestigial dew claws and pads, as they once moved like wolverines. Same goes for breeding cat traits. These Fact and many other example of Vestigial organs/limbs are Facts of Evolution. Darwin's theory provided an answer to why humans were able to make such changes from wolves to dogs by their breeding strategies. Though he concentrated on other Evolutionary Facts, but the theory is applicable to all the Facts known.
Sagey says2014-02-26T01:47:52.943
Report Post
BTW: On Leonardo da Vinci: Possibly one of the greatest minds ever to have existed: " Leonardo doubted the existence of a single worldwide flood, noting that there would have been no place for the water to go when it receded. He also noted that "if the shells had been carried by the muddy deluge they would have been mixed up, and separated from each other amidst the mud, and not in regular steps and layers -- as we see them now in our time." He noted that rain falling on mountains rushed downhill, not uphill, and suggested that any Great Flood would have carried fossils away from the land, not towards it. He described sessile fossils such as oysters and corals, and considered it impossible that one flood could have carried them 300 miles inland, or that they could have crawled 300 miles in the forty days and nights of the Biblical flood"
From: http://www.ucmp.berkeley.edu/history/vinci.html
As it states: Leonardo was one of the world's first Paleontologists who realized that the Book of Genesis was wrong, he gave some of the first real insights into biology, geology and Evolution, with his examination and concepts on the fossil record.
He even derided those who believed in the Book of Genesis with: ""such an opinion cannot exist in a brain of much reason; because here are the years of their growth, numbered on their shells, and there are large and small ones to be seen which could not have grown without food, and could not have fed without motion -- and here they could not move."
So he derided Genesis believers in the same way we still do today.
Genesis believers haven't changed, they are still the most naive mob on the planet, then and now.
Sagey says2014-02-26T01:56:56.337
Report Post
A final bit of information on how Insights from the Christian Artist, Geologist, Engineer, Paleontologist, Biologist, Aeronautics expert and first Evolutionist: Leonardo da Vinci's research and insight, helped lead to Darwin's theory of Evolution.
Http://www.Theguardian.Com/artanddesign/jonathanjonesblog/2011/nov/23/leonardo-da-vinci-earth-geology
Enjoy :-D~
Privacy Policy | Terms of Use
Sitemap | View Desktop Version
©2021 Debate.org. All rights reserved.