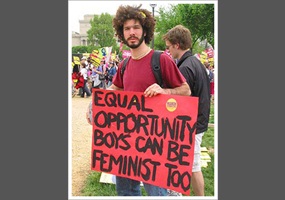 Is feminism good for women AND men?