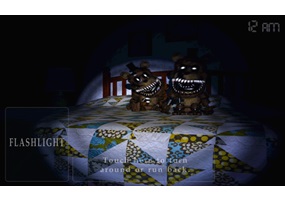 Is fnaf 4 to violent?