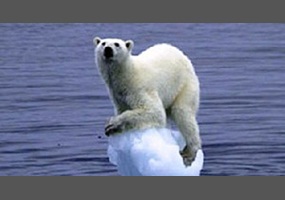 Is global warming real (yes) or just a bunch of scientists going to extremes (no)?