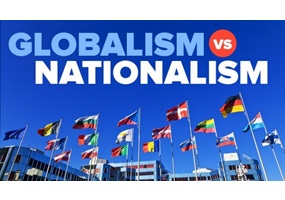 Is Globalism weakening America to maximize Profits for the very rich?