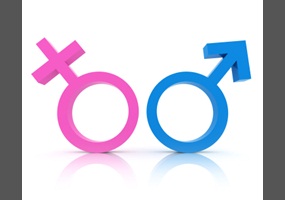 Asked by: cjegal
Baywatch, YouTube, Female, Male
Is God male (yes) or female (no)?
56% Say Yes
44% Say No
Leave a comment...
(Maximum 900 words)
Kerfluffer says2014-02-11T23:19:37.270
Report Post
The Bible refers to God as male. However, it also sometimes attributes feminine qualities to God, for example he's referred to be "like a mother hen who protects her little chicks". So I don't think God has a gender, it's just that he's referred to as a male to help us understand his nature in human terms. He is a father in relation, not in gender.
KELVIN009 says2017-09-13T18:29:01.500
Report Post
ARE YOU INTERESTED IN THE WORLD OF FAME?? GETTING RICH. POWERFUL AND FAMOUS? JOINING THE ILLUMINATI BRINGS YOU INTO THE LIMELIGHT OF THE WORLD IN WHICH YOU LIVE IN TODAY. YOUR FINANCIAL DIFFICULTIES ARE BROUGHT TO AN END. WE SUPPORT YOU BOTH FINANCIALLY AND MATERIALLY TO ENSURE YOU LIVE A COMFORTABLE LIFE.