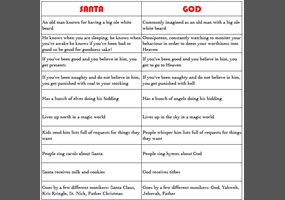 Is God merely the religious version of Santa?