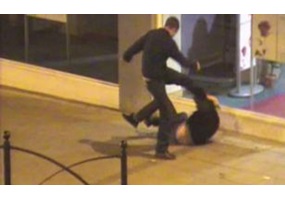 Is gun control there to keep people acting on emotions and violent instincts alive and rational people down?