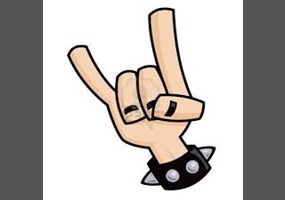 Is hard rock music a bad influence on teenagers?