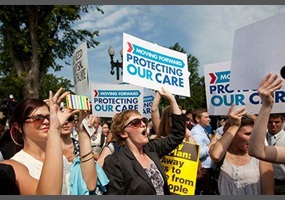 Is healthcare a privilege and not a right?