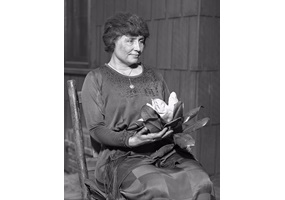 Is Hellen Keller a myth?