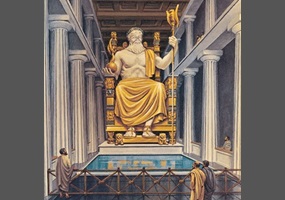 Is Hellenic Polytheism (the modern worship of Greek Gods) a valid religious choice?