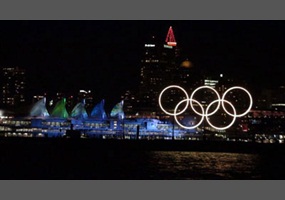 Is hosting the Olympics a net benefit for the host city?