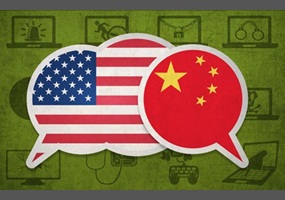 Is industrial cyber-espionage the biggest threat to relations between America and China?