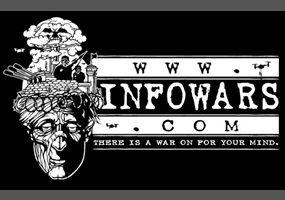 Boston, Alex Jones, Federal Bureau of Investigation
Is Infowars reliable?
51% Say Yes
49% Say No
Load More Arguments
Leave a comment...
(Maximum 900 words)
cherpcherp says2013-10-12T14:27:06.100
Report Post
The truth is hard to swallow, I get that. Alex Jones is fanatical (bc sponsers and listeners won't flock to an apathetic commentator, don't confuse passion for lunacy), but he does his homework and his journalists actually do field work. The other news outlets you are comparing Infowars to are PR stations for Washington DC. 6, I repeat SIX, corporations control 90% of the mainstream media so it's easy to spread and perpetuate the Government's agenda and to taint the reputations of alternative media journalists. Alex is not a Democrat or a Republican. It is easy to get caught up in party politics and discredit him because you feels he is fighting your party, but in-fact he is fighting tyranny. If you look at his track record, he has been more accurate than any other "news" broadcaster of today. I am a loyal listener, and I can tell some information he puts out isn't 100% true or is based a lot on opinion. Be an independent thinker and do your OWN homework. I don't believe any media outlet wholeheartedly, but based on track record ALONE, Infowars is more reliable than any Mainstream outlet.
thejoff says2013-11-06T21:01:42.663
Report Post
Yes, and perhaps he goes to certain lengths to lead into ways to link his show to his sponsors. Though that might seem less than ideal, it still seems quite a bit better than expressing opinions in the name of newscasting, opinions which are in the best interest of corporate sponsors who aren't looking for sales from the broadcast but rather are looking to manipulate opinion so that less people are thinking about them. If he doesn't do that, he has no money to do what he does. So if one will berate him for his shameless commercialism, one is no doubt forgetting that if he doesn't do it he has no money and he's not the subject of our debate. So many folks seem to give the mainstream media a pass because we don't see them hawking the nuclear bombs and impossible to shut down safely nuclear reactors of their sponsors and alex has to hawk sometimes sketchy products to pay his bills. Funny how so many of his detractors can't imagine that he's making less than millions and buying yachts with it or that the main stream media is somehow honorable for being linked to general electric and monsanto.
Privacy Policy | Terms of Use
Sitemap | View Desktop Version
©2020 Debate.org. All rights reserved.