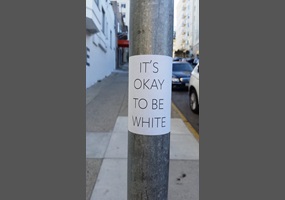 Is it a bad thing to be white?