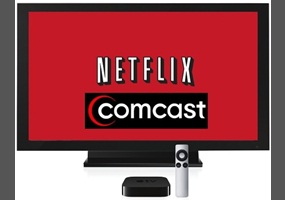 Is it a good idea for Comcast and Netflix to work together?