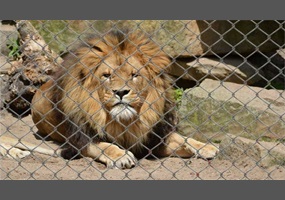 Is it bad for an animal's health to be kept in a zoo?