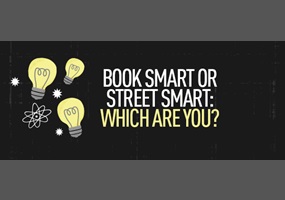 Is it better to be street smart or book smart?