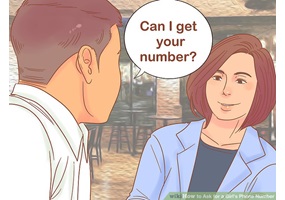 Is it considered harassment to ask a girl her phone number in 2019?