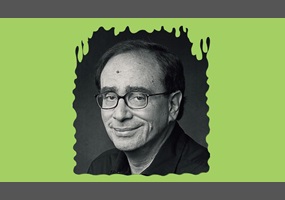 Is it dangerous for young children to read scary stories by R. L. Stine?