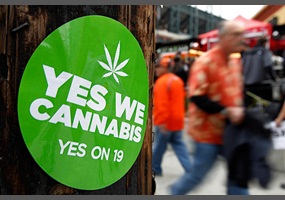 Is it ok for the government to legalize drugs?