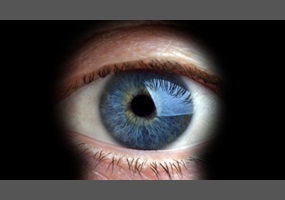 Is it right for the government to spy on Americans using technology?