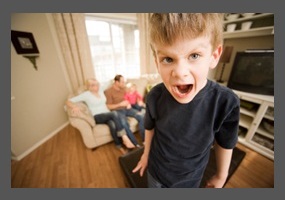 Is it true that there are no bad children, only bad parents?

Home, Family, Health
Is it true that there are no bad children, only bad parents?
59% Say Yes
41% Say No
Load More Arguments
Leave a comment...
(Maximum 900 words)
Jaggi says2016-01-06T05:33:29.563
Report Post
Proper development of children is very important for the parents as well as for the nation ,because they are the leaders of tomorrow . It need to be taken up very seriously by the State as part of their social responsibility. Here comes the role of good teachers and the environment of the Schools. Even Modi after becoming Prime Minister of India should have paid all his attention towards this aspect .
Jaggi says2016-01-07T07:57:25.997
Report Post
There is a need to develop a proper regime which may help in molding the attitude of a young child. Attitude is the most important attribute
of any person which helps them all the chances to be successful in life. Attitude helps in gaining knowledge through training and developing team spirit to be acceptable for any group activity . Here attitude means positive attitude.
Privacy Policy | Terms of Use
Sitemap | View Desktop Version
©2020 Debate.org. All rights reserved.