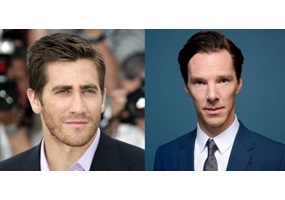 Is Jake Gyllenhaal a better actor than Benedict Cumberbatch?