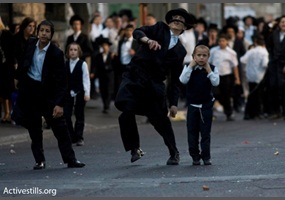 Is Jewish fundamentalism a problem in Israel?