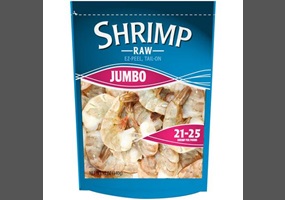 Is "jumbo shrimp" an oxymoron?