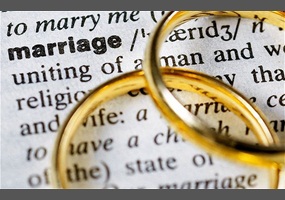 Is marriage socially beneficial enough that governments should encourage their citizens to marry?