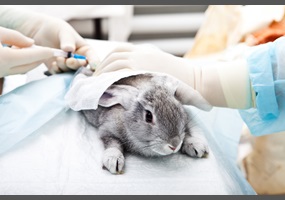 Is medical testing on animals wrong?

Is medical testing on animals wrong?
50% Say Yes
50% Say No
Load More Arguments
Leave a comment...
(Maximum 900 words)
whiteflame says2018-04-23T15:32:33.187
Report Post
It seems like the most common response to this on the "Pro" side is to state that animal testing isn't accurate in a lot of cases. That's true, and labs over-interpreting results is no benefit to anyone. We should always take efficacy data in animals, particularly non-primates, with a massive grain of salt. However, I think all of these arguments miss the essential reasons why animals are used. To start, the data that is actually most important is safety, not efficacy. Understanding what is a lethal or damaging dosage of a given drug is essential before proceeding to any tests in human beings. However, to all of those who say that they don't work, I just have to ask: what do you suggest gets used instead? Cell and tissue cultures do not adequately represent organs or organ systems, which means they are extremely limited in the information they can provide. Simulations are grossly inadequate, providing only data we already know about specific interactions, which is pretty poor when we're talking about new drugs and biologics. Testing that early in humans represents a dramatic risk to their health, which would put every single clinical trial at massive risk of lawsuits, since there's no feasible way someone could consent to every single unknown risk. So, how else would you handle this?
Privacy Policy | Terms of Use
Sitemap | View Desktop Version
©2020 Debate.org. All rights reserved.