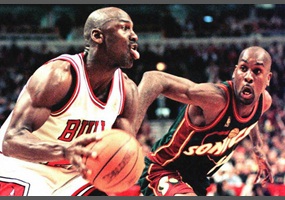 Is Michael Jordan the best basketball player of all time?