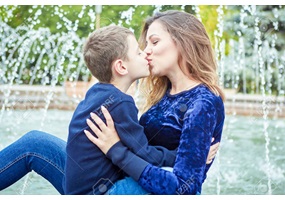 Is mom and son incest a beautiful thing

Is mom and son incest a beautiful thing
76% Say Yes
24% Say No
Load More Arguments
Leave a comment...
(Maximum 900 words)
Thuongqle says2022-02-27T14:14:47.843
Report Post
Mom and son incest is very turned on. It has good and bad effects. Chinese Confucianism strictly forbid it but the Chinese people became very oppressed by it and the population is too high. Perhaps incest people do not reproduce too much. Incest is morally wrong and genetically disastrous but it is very attractive. Good thing about incest is that it helps the son to concentrate, It helps the mother to relieve and it helps the father to work worry-free that his wife gets satisfaction from someone else. In some situation, Incest helps rather than harms. Anyway I think that if you do not need sex from incest, Don't do it.
imotherlover says2022-04-03T03:39:41.323
Report Post
I do incest with my own mother, I love and enjoy f***ing my own mother, I fucked my own mother many times. , Now am trying to make my mother pregnant while Cumming deep inside my mother's slopy womb. , , I hate wearing condom. I f**k my own mother like a f***ing whore & she enjoy taking my huge cock deep inside her cunt.
Kekke98 says2022-04-20T19:35:12.383
Report Post
I think incest yes even the mom and son incest would fix our population problem. See most people think that there's too many of us and we multiple too fast while people want sex more than ever. Simple have incest, Make it legal everywhere around the world between consenting adults and make it so it becomes something a majority would be okay with. Moms could still have sex with someone when father is away without cheating on him if all agree that it's okay. Son would get sex with mom who is experienced and makes sure it is safe. Mom would simply see sex as part of showing love to her son it is in a way to show son that mom is thankfull for him. It also would not harm anyone. Son would get sex where mom would ask him if she is going too fast or too slow, Mom would listen to what son enjoys while girlfriend can be dismissive. Mom would also be more willing to have sex than girlfriend since mom would always put her sons needs above her needs while a lot girls only think about themself. Son would see how truly loving his mother is, Sex with mom would also build self confidence for son.
Privacy Policy | Terms of Use
Sitemap | View Desktop Version
©2022 Debate.org. All rights reserved.