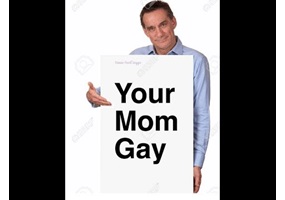 Is my mom gay?