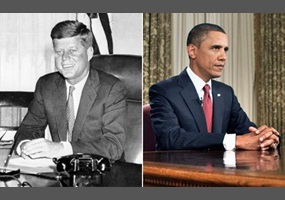 Is Obama a better president than Kennedy ?