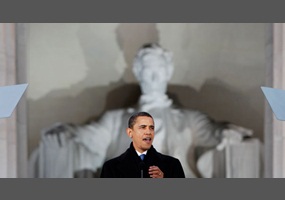 Is Obama a better president than Lincoln ?

Abraham Lincoln, Zach Galifianakis, Barack Obama, Between Two Ferns, Bill O'Reilly
Is Obama a better president than Lincoln ?
17% Say Yes
83% Say No
Leave a comment...
(Maximum 900 words)
abyteofbrain says2014-03-13T19:08:20.833
Report Post
You are comparing a president commonly considered as a great hero with a president considered one of the worst?
This is the equivalent of laughing stock vs. Knight in shining armor popularity contest.
Privacy Policy | Terms of Use
Sitemap | View Desktop Version
©2022 Debate.org. All rights reserved.