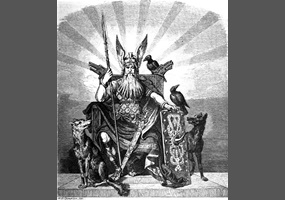 Is Odin the one true god?