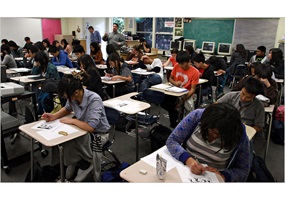 Asked by: adossetter
Is public school better than private school?
50% Say Yes
50% Say No
Leave a comment...
(Maximum 900 words)
Anonymous says2020-05-24T19:25:38.760
Report Post
It depends on what you MEAN by better. Public schools are open and accept lots of kids. Poor kids can get into private schools on scholarships, But they have to be really good, And are often held up to a higher standard that richer ones. Private schools also have better education.
Privacy Policy | Terms of Use
Sitemap | View Desktop Version
©2021 Debate.org. All rights reserved.