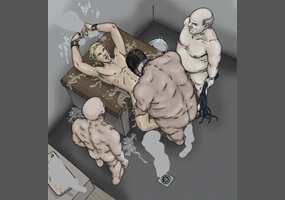 Is rape a normal part of being in jail?